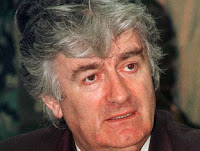 Ms WOLDSETH (Norway) – First, I thank the rapporteurs for their very interesting reports. I can assure Mr Marcenaro that both Mr Mignon and I as co-rapporteurs for Bosnia and Herzegovina are monitoring the country continuously, and we will continue to do so and return to you with a report on it later this year.

We must not let the perpetrators of war crimes go unprosecuted, but they do deserve to go through a just judicial process. We as members of the Parliamentary Assembly should work hard to ensure that no perpetrator of war crimes, genocide or crimes against humanity can escape prosecution. We must fight impunity.

A legal framework is already in place: the European Convention on Extradition is fundamental in respect of co-operating in the prosecution of war crimes. As Norway is mentioned in the reports, I will say a little about it. In Norway, we are working hard to reduce the impunity gap and to ensure that the perpetrators of war crimes are prosecuted. We have gone through a lengthy process to modernise our penal code. Making sure that Norway will not serve as a free haven for those who have committed war crimes is an important goal.

In the changes to the penal code that were passed unanimously in early 2008, legislation on the prosecution of war crimes, genocide and crimes against humanity was introduced. As a result, those who are accused of these crimes can be prosecuted in Norway. War crimes attract a maximum sentence of 30 years – nine years longer than the general maximum sentence in Norway. Resources have been allocated to the police and state prosecutors in order to investigate and prosecute in accordance with the new legislation.

Today, we are debating several reports dealing with issues linked to conflicts in the Balkans and the former Yugoslavia. Conflicts and their spill-over effects are not contained within their site of origin. It is not only the countries in the region that need to co-operate to overcome the past and present challenges; we must all contribute. We must all do our best to ensure speedy and just processes in dealing with war crimes. Thank you.
Lagt inn av Karin S Woldseth kl. 15:01